After exploring and reviewing the most desired destination for immigration it is the time to ask ourselves where do we wish to immigrate to? or maybe what is the best country for immigration?

This question is complex and has many possible answers. Answers may varies and will depend on individual’s different perspective.

First, some general terms must be defined and taken into consideration before having  a final answer to our question.

As mentioned in previous articles there are different migration types according to their purpose. In this article we will discuss about permanent immigration, a kind of immigration application in the purpose of settling in permanently in a foreign country.

Every country has their own immigration policy which is directly influenced by how the nation defines itself. Some countries are seen by people as ideal place to settle in most especially the developed ones so these countries are trying to impose more strict rules for immigrants.  While  other countries could be more welcoming to possible migrants.

Canada is known as an immigration country. It was built by immigrants and settlers who came from all over the world. In the 17th century, most of them were French and during the 18th and 19th centuries, majority of the migrants were from the British Isles. At the end of the 19th century, significant immigration began from other European countries mainly in Eastern and Southern Eur 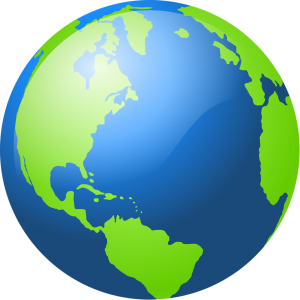 ope. Since then people migrating to Canada came from different parts of the world.        Canadian immigration policy has changed over the years. Policy that is based on objective criteria of education, age, command of languages and professional experience. However, Canada is still considered as one of the countries that encourage immigration. Skilled and professional workers who did not study and work in Canada could migrate there if his profession appears on the list of wanted and in demand fields of work in the country. Those who wish to immigrate to Canada must meet the demands, requirements and criteria the government that has been set in terms of education, knowledge of the language and professional experience. In this matter, the government has set an annual quota for taking immigrants for each subject and profession (the higher the demand in terms of profession the higher allotment of manpower they will take ). In addition, once a person meets the demands and criteria for himself he/she will be given the option to include the application of his family (spouse and children).

Unlike Canada, China is defined as a non-immigration country, therefore, there is no law or regulation set permitting immigration. A foreigner is only allowed to reside here for reasons of work, study, travel, or marriage over a certain period of time.In special cases, a person can get a long-term residence in China, during their stay they must show and prove to the government their function in the  Chinese labor force and the Chinese economy. For example – investing in China or engaging in cooperative projects, unique technology projects etc.

In reality these days it is easier for the people to move from one place to another as everything became accessible. Choosing a good country where a person can settle and build a satisfying life with family is an essential part of the immigration decision. Must be planned well to avoid having a wrong choice that could disrupt any future plans for immigration.